However, the fact that you are graduating from Harvard suggests that you are not very well-acquainted with failure. You might be driven by a fear of failure quite as much as a desire for success. Indeed, your conception of failure might not be too far from the average person’s idea of success, so high have you already flown academically.

About a week ago, famed British author J.K. Rowling gave a commencement address at Harvard University where she shared her own humbling experiences on failure and framed the concept of imagination as a powerful tool to influence reality.

While some thought that Rowling wasn't worthy of the honour of giving the commencement address, Rowling's address is perhaps a better one than Oprah Winfrey's at Stanford. Both gave moving anecdotes and pressed into the graduates the matter of failure and finding happiness, but Rowling's account was more compelling as she balanced candour with grace and formality.

To that end, Rowling also dished out valuable advice about life:

Given a time machine or a Time Turner, I would tell my 21-year-old self that personal happiness lies in knowing that life is not a check-list of acquisition or achievement. Your qualifications, your CV, are not your life, though you will meet many people of my age and older who confuse the two. Life is difficult, and complicated, and beyond anyone’s total control, and the humility to know that will enable you to survive its vicissitudes.

She ended her speech with an overarching quote on life from the Roman philosopher Seneca:

As is a tale, so is life: not how long it is, but how good it is, is what matters.

Wisdom, no matter how ancient, is never late.
Posted by minghan at 12:27 AM No comments: Links to this post

I received this email today:

Firefox 3 will be released June 17th. If you have a Firefox 3 compatible version of your add-on, we recommend you upload it to addons.mozilla.org at this time. If you are waiting until the final release day, we suggest to upload into the sandbox and nominate for addition once Firefox 3 has been released.

Full details of the final release can be found here:

Thank you for helping build one of the most amazing software releases in history.

With the release of Firefox 3 also comes the chance to set a new world record - a chance to prove the Firefox 3 is not only better but more popular than IE 7 or any other web browser in the history of the Internet.

Take back the web on 17th June!
Posted by minghan at 11:37 AM No comments: Links to this post

About a month ago, Google launched the Google Treasure Hunt challenge with the following code:
aHR0cDovL3RyZWFzdXJlaHVudC5hcHBzcG90LmNvbS8=
Solution: base64 decode

Problem 1 is a standard pascal's triangle kind of problem involving big numbers.
My solution is in C.

For this problem, you need a bash shell. Modify this script accordingly... 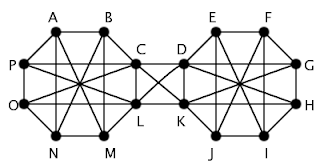 This is my solution in C.

I used the bigint class for this problem. This question is the toughest among the 4 questions. You may even need to generate up to 90000 prime numbers to solve it. (if you have a better solution, please share...)

This is my solution in C++. Takes minutes to generate the solution. So pls be patient.
Posted by minghan at 10:31 PM 5 comments: Links to this post