An excerpt from MacWorld News:

"The cross-platform Campus Productivity Kit is a Universal binary that runs natively on Intel and PowerPC-based Macs. Features include the ability to print phone lists, complete with pictures of contacts; store PDFs, Web pages, images and Wikipedia Web data; group project management; To Do list due date tracking and prioritization; and item list printing."

I figure this would be a hit amongst students. I downloaded it myself, and am going to test run it to see how it goes.
Posted by Eric at 1:11 AM No comments: Links to this post

Sui generis, as we know it, is Latin for unique, or one of a kind.

Recently, the answers.com blog pointed out a really sui generis way of using that phrase:

Posted by minghan at 12:56 AM No comments: Links to this post

Reality Distortion Field or a Cult of Personality?

What exactly makes Steve Jobs tick? How is it that Steve Jobs has such a loyal following that he has developed a personality cult? Even more mysterious - people who have worked with Steve Jobs claim that he is able to set up a reality distortion field (RDF).

To quote some examples Mac followers know too well:

For example, when he revealed notepad and todolist (among other small improvements) the audience clapped like there was no tomorrow...

I was thinking the exact same thing... WWDC conferences Reality Distortion Field is an incredible phenomenon, truely wonderful for those under its spell, and creepy as hell to those left out. Other examples as the adding of 2 extra USB ports as a brilliant new idea, as well as... two optical bays?
(Source: Wikipedia Talk Page)

One more thing, this reality distortion field that Steve Jobs has when giving speeches (like this inspiring one) ... it is too good to be true.
Posted by minghan at 9:49 PM No comments: Links to this post

Pioneers Hitchhiking in the Valley of Heart's Delight

Some enterprising artists decided to mix technology and art, to create likenesses of technology industry titans, attach a Java phone to the sculptures, and set them free to find their way home. The project relied upon the kindness of strangers. Public spirited individuals that contributed to the return of the artwork to its rightful destination would leave their email address on the back of the artwork, and receive a percentage of the proceeds from the sale of the sculptures.

SUN's Jonathan Schwartz has decided to acquire the artwork of Bill Hewlett and Dave Packard (after they were rejected at HP!)

This project, by YLEM (Artists using Science and Technology), serves to honor some of the inventors and engineers whose breakthroughs and business skills made Silicon Valley possible.

In the words of Mario Wolczko, their website engineer:

I like this project because it honors some of the (mostly unsung) inventors and engineers whose breakthroughs and business skills made Silicon Valley possible. Ask the person in the street for a name they associate with Silicon Valley today, and it will most likely be a businessman: Steve Jobs, Larry Ellison, maybe; I bet quite a few people will name Bill Gates, even though Redmond is nearly a thousand miles away. Ask again, what is the dominant industry of Silicon Valley, and they'll most likely answer 'computers' or 'software'. But the Valley's 'core competence' is electronics, and the pioneers we celebrate as hitchhikers were electronic engineers. Each, in his own way, helped shaped what the Valley does, and how it does it.

Posted by minghan at 10:02 PM No comments: Links to this post

Boldly going where no man has gone before.
Canyon de Chelly, Navajo. (Source: Wikipedia)
Posted by minghan at 9:46 PM No comments: Links to this post

With so many Singaporeans owning a blog nowadays, the Singapore Cyberspace (if there is such a term) have become cluttered with many many stories posted by our fellow Singaporeans, some exciting, some alarming, some boring, and some downright lame.

It is thus important to for Singaporean to easily seek out all the juicy and interesting images, stories, videos and podcasts floating around in cyberspace, to be entertained and to indulge in serious discussions.

Some Singaporeans before me, seeing the need for a fully democratic blog bulletin system, established sites based on the digg.com model. However, they have failed miserably, due to lack of stories and active users.
Instead of creating a tomorrow.sg clone based on the digg.com model, I intend to create an integrated online community, where all sorts of discussions and stories, including technology and politics which were seldom found on tomorrow.sg. This site also aims to mould our youngsters and teenagers to be more political aware, so as to guarantee a more colourful political scene in the near future.

Would love to see a Singapore-based site taking off!
Posted by Wicked at 9:21 PM No comments: Links to this post

Ahmadinejad has a blog

According to BBC News, Iranian President Mahmoud Ahmadinejad has launched a blog, www.ahmadinejad.ir, which was also reported on the Iranian state TV.

His blog actually runs on aspx (Mircosoft technology), and also utilises AJAX. There is actually an English translation of his posts on his blog. Click on the flags below the header on the right hand side of the page. The source code of his blog also has such a line:

Several Israeli bloggers, including Yael K.’s Step By Step, which I read regularly, report that if you access the Ahmadenijad blog from an Israeli IP address the site sends you a little gift, a cyberattack in the form of a virus or trojan (reports vary) designed to exploit an Internet Explorer vulnerability.

So now Mahmoud Ahmadinejad can also use the Internet to "wipe Isreal off the map of Middle East." So much for free speech on the Internet. Maybe Israeli hackers will do something about his blog.

Update: Recently, Ahmadinejad spoke with CBS's Mike Wallace about Israel, nukes & Bush.
Posted by minghan at 9:36 PM No comments: Links to this post

Top 100 Gobals Universities According to Newsweek

The Newsweek magazine has published a ranking of the Top 100 Global Universities, utilizing selected criteria from the Times Higher World University Rankings and the rankings compiled by Shanghai Jiao Tong University, with the additional criterion of library holdings (number of volumes). It aimed at "taking into account openness and diversity, as well as distinction in research."

Note: The Times Higher Education Supplement rankings for 2006 is expected to be out soon.
Posted by minghan at 9:27 PM No comments: Links to this post

For Firefox users, check out Pearl Cresent Page Saver. It lets you capture images of web pages (whole page or a portion only) in PNG format. It sure comes in handy sometimes, and take a look at the this image capture of HanWorks Research
Posted by minghan at 10:12 PM No comments: Links to this post

The blogosphere is abuzz with AOL's "voluntary release of search data". Basically, this is the summary of what has happened:

AOL has released very private data about its users without their permission. While the AOL username has been changed to a random ID number, the abilitiy to analyze all searches by a single user will often lead people to easily determine who the user is, and what they are up to. The data includes personal names, addresses, social security numbers and everything else someone might type into a search box.

If you are really interested in that data (AOL's description), here is where you can download it (439MB)
Technorati: AOL
Posted by minghan at 10:29 PM No comments: Links to this post

Former Prime Minister of Britain, Benjamin Disraeli, remarked that "there are 3 kinds of lies: lies, damned lies, and statistics." 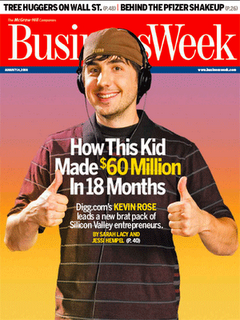 A story too good to be true? Or is Digg.com really the next Google?

Too bad it’s a blatent lie. BusinessWeek knows it. They prove it themselves in the article:

So far, Digg is breaking even on an estimated $3 million annually in revenues. Nonetheless, people in the know say Digg is easily worth $200 million.

Journalism seems to be getting awful.

Anyway... it never ends... thats what statisticians are for. The next time you see statistics (from your government) in the newspaper, think it through.
Posted by minghan at 8:47 PM No comments: Links to this post

What do the Tower of London, Monty Python, fish and chips, Sherlock Holmes, the Oxford English Dictionary, and a pint of beer have in common with each other?

Answer: They have all just been declared "Icons of England" following an online poll.

The ICONS project, was launched in January 200. Funded by Culture Online, part of the Department for Culture, Media and Sport, ICONS has attracted more than 350,000 votes for the England's favourite icons and more than half a million people have visited the site.

Take a look at the list of icons.
Posted by minghan at 8:08 PM No comments: Links to this post

Flickr Photo of the Day: A Time for Peace

With the Royal Marines on patrol on Kabul. Visiting the local big man.

In times of war, we are reminded that there can be peace.


Windows Live Update: I have invites to Windows Live QnA Beta. Contact me if you want one.
Posted by minghan at 9:07 PM No comments: Links to this post

This is a follow up post to the previous post on the Windows Vista Speech Recognition Demo.
Now, Larry Osterman, a Microsoft techie has finally admitted to the mistake. That, requires a lot of courage. Its also good to see that Microsoft programmers have taken to blogging to stay in touch with the end-users.
Posted by minghan at 8:03 PM No comments: Links to this post