Go to any bookstore nowadays and you will realised that the sudoku section is now inundated with kakuro books! Kakuro, is the latest craze after sudoku! 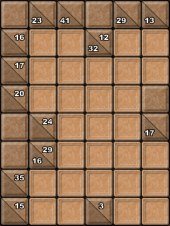 The World Cup is almost here

The fascination of football has many facets: superb moves, amazing goals, top-class players, exciting tackles and passionate fans. Football rouses emotions worldwide, it brings people of different cultures together and encourages fundamental virtues such as fairness, team spirit and tolerance. And we will be experiencing all this with particular intensity next summer – at the FIFA World Cup 2006 in Germany.

The Football Globe Germany in Nuremberg, Germany. Originally uploaded by carstenwegst.
Posted by minghan at 8:44 PM No comments: Links to this post

Yahoo Research has come up with TagLines, which shows you the evolution of Flickr tags since 2004. Try playing around with the flash itself - its innovative, and its damn slick. (And if you have your speakers on when the flash loads, you can hear the Yahoooo! sound) 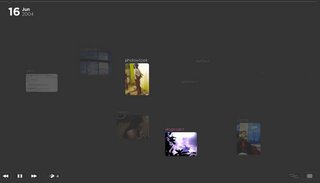 Posted by minghan at 12:15 AM No comments: Links to this post

You may have heard of the famous ebook called MIT Guide to Lockpicking (by Ted the Tool)... but the truth is that it has nothing to do with MIT. Read more here, and here. Also, you may want to read wikipedia's entry on lockpicking.
Posted by minghan at 9:42 PM 1 comment: Links to this post

Wow... now we have an web 2.0 AJAX game - Battleship! The site is absolutely fun and user-friendly enough.

I have enough of AJAX web 2.0 sites, so its time to look at AJAX games.
Posted by minghan at 10:40 PM No comments: Links to this post

Check out the William Lowell Putnam Mathematics Competition. You can try the questions if you are very free and love challenges.

Excerpt from Free as in Freedom:

Like Math 55, the Putnam was a brutal test of merit. A six-hour exam in two parts, it seemed explicitly designed to separate the wheat from the chaff. Breidbart, a veteran of both the Science Honors Program and Math 55, describes it as easily the most difficult test he ever took. "Just to give you an idea of how difficult it was," says Breidbart, "the top score was a 120, and my score the first year was in the 30s. That
score was still good enough to place me 101st in the country."

Trivia: Richard P. Feynman is a Putnam Fellow.
Posted by minghan at 10:56 PM No comments: Links to this post

I like the way Damn Small Linux (DSL) advertises itself - "50 megabytes of penguin power."

Anyway, there is also Feather Linux.

Technorati: linux
Posted by minghan at 9:34 PM No comments: Links to this post Apple Store Fifth Avenue opens in New York City today. The design of the building is really cool!
Posted by minghan at 12:17 AM No comments: Links to this post

A Singapore blog called Yawning Bread has been making waves around the blogosphere. Because of the Singapore General Election 2006, and the famous Hougang Rally photo making its way through forums, chatrooms, blogs, thousands of Singaporeans have since visited Yawning Bread. Its a brilliant blog. Another blog with considerable viewpoints (balanced and partisan) is Air-Conditioned Nation, substantiated by good political analysis.

Of course, I have also been touched, impressed, and enlightened by the comments on Yawning Bread. One such example, is a comment from a particular entry.

In football tactics, this is like Bolton vs Barcelona. The PAP team are just long ball specialists. They always pass the ball to midfielder LHL who hits a long ball (Gomez brand) into the WP penalty box where GCK stands timber like. The others WKS, Jaya, HPK, MBT hope to feed on the knock downs by GCK. They should bring in subs Viv, Ray, Say for more variety.

WP has Ronaldinho magic oratory in LTK. He draws and electrifies the 100,000 crowd. Gomez who is not as fast on his feet as Eto and double the weight gets fouled and bruised all over but still gets up. But Gomez is fast with his brain and his mouth. Then there's goalie Sylvia organising the defence and initiating attacks with good throw outs.

The PAP goalie is LKY who may appear in the WP box for last minute corners. He was very good but being close to retirement he may be caught like Seamen in the last world cup by who else but Ronaldinho.

And surely the future belongs to the young guns of the WP in AMK, the Lionel Messi's showing flashes of brilliance and awaiting their day on center stage.

It is a suiting analogy, and it requires a comprehension knowledge of Singapore politics for one to fully grasp the might of the pen (in this case, the keyboard).

Classical American writer Samuel Clemens (aka Mark Twain) once said, "Never pick a fight with a man who buys his ink by the barrel." The author of Yawning Bread, Au Waipang, is no journalist, yet, he sure has guts and wits (and thats all that it takes).


Technorati: singapore elections
Posted by minghan at 10:20 PM No comments: Links to this post It's a magnificient piece of sculpture (weights approx 110 ton). You should definitely check it out (Millennium Park) when in Chicago. It magically blends the surroundings into the displaying piece itself. It "changes" with the sky.

It is nick named "The Bean" by the locals.

Cloud Gate, originally uploaded by kentasi.
Posted by minghan at 9:02 PM No comments: Links to this post

The Story of Lorem Ipsum

Have you seen sample text with "Lorem Ipsum" on it and have you ever wondered what it means?

Well... here is a brief summary:

Lorem Ipsum is simply dummy text of the printing and typesetting industry. Lorem Ipsum has been the industry's standard dummy text ever since the 1500s, when an unknown printer took a galley of type and scrambled it to make a type specimen book.

It is a long established fact that a reader will be distracted by the readable content of a page when looking at its layout. The point of using Lorem Ipsum is that it has a more-or-less normal distribution of letters, as opposed to using 'Content here, content here', making it look like readable English.

Contrary to popular belief, Lorem Ipsum is not simply random text. It has roots in a piece of classical Latin literature from 45 BC, making it over 2000 years old. Richard McClintock, a Latin professor at Hampden-Sydney College in Virginia, looked up one of the more obscure Latin words, consectetur, from a Lorem Ipsum passage, and going through the cites of the word in classical literature, discovered the undoubtable source. Lorem Ipsum comes from sections 1.10.32 and 1.10.33 of "de Finibus Bonorum et Malorum" (The Extremes of Good and Evil) by Cicero, written in 45 BC.

Read more @ lipsum.com and wikipedia.
Posted by minghan at 6:13 PM No comments: Links to this post

To Choose the Cathedral over the Bazaar

Moreover, the ease with which the internet spreads wrong-headedness–to say nothing of lies and slander–is offset by the ease with which it spreads insights and ideas. To regret the glorious fecundity of new media is to choose the hushed reverence of the cathedral over the din of the bazaar.

A really brilliant sentence... making 'hidden' reference to the popular book "The Cathedral and the Bazaar" (a book on Linux and opensource) by Eric Raymond.

From the blog of opensource evangelist Eric Raymond.
Posted by minghan at 7:52 PM No comments: Links to this post